I got an interesting call in December 2014. It was from a gentleman by the name of Jeff Ravage,
North Fork Watershed Coordinator of Coalition for the Upper South Platte (CUSP) He was working on a project to decompose pine slash in the Denver Mountain Parks more quickly and had gotten my contact from Travis at San Juan Mushrooms. I had met Travis many years back at the Telluride mushroom Festival while I was lecturing and running the sterile culture laboratory. Unfortunately, conifer was a little too far away from Durango for him to take on the project.

Jeff was talking about starting the project in the spring but fortunately I happen to have a Pine Oyster mushroom ready to go in culture. We took a hike up into the test site and brought back some of the material that the oyster would be eating. As an initial test, I pasteurized some of the wood chips and simply inoculated them with the Pine Oyster mushroom spawn. It took 12 days for the mushroom to grow over the wood chips. I trained the mushroom over the next three months by feeding it the pine chips in various states. This boost its ability to understand and eat the food that was going to be available to it. Initially, I created the equivalent of a pine chip pablum that I fed to it. Next I fed it baby bites of solid food. By the time I was finished, it took only four days to do what it initially took 12 days to do. Blocks of inoculant were created and placed back into the wood chips that they had initially come from in the spring. By the fall of 2015, most of the test plots had fruited mushrooms 3 to 4 times through the season and had absolutely mauled the wood chips. I can’t give away too much information as Jeff/CUSP is in the process of writing a soon to be published paper on the results of the experiment, but the project was a resounding success. You can go to http://cusp.ws/ for more information about the organization and their local projects. 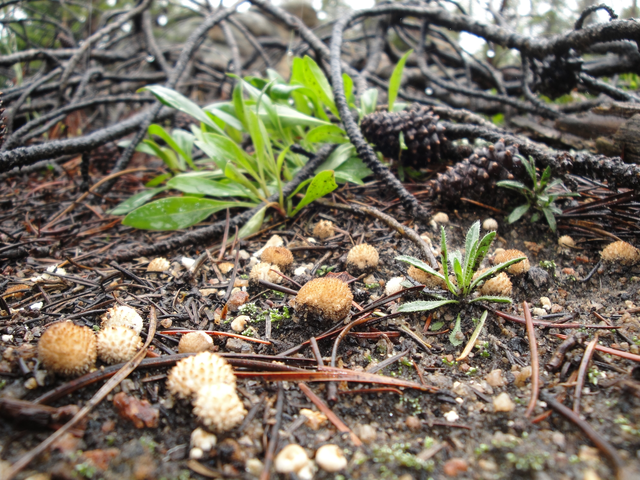 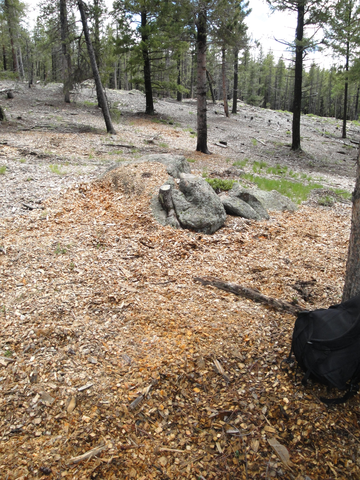 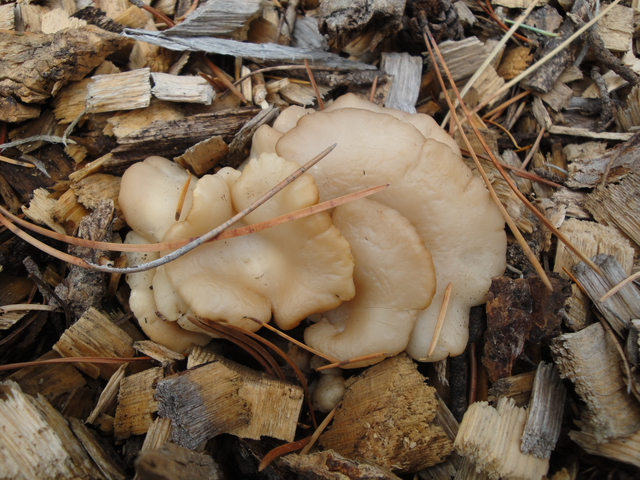 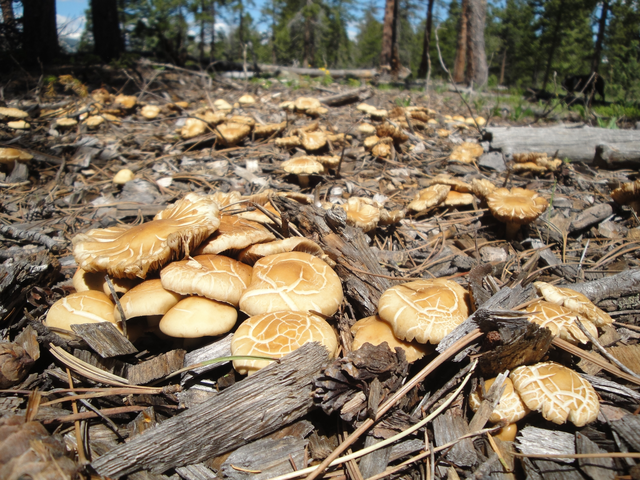 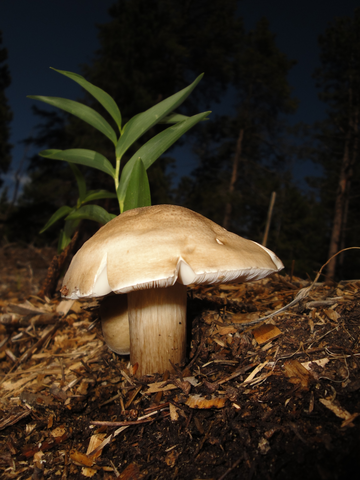 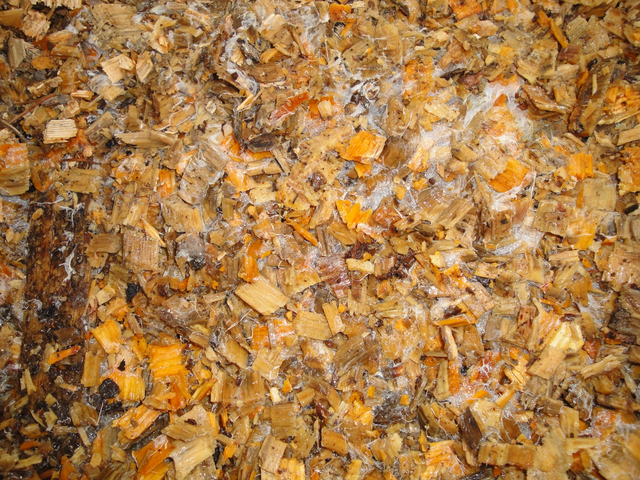 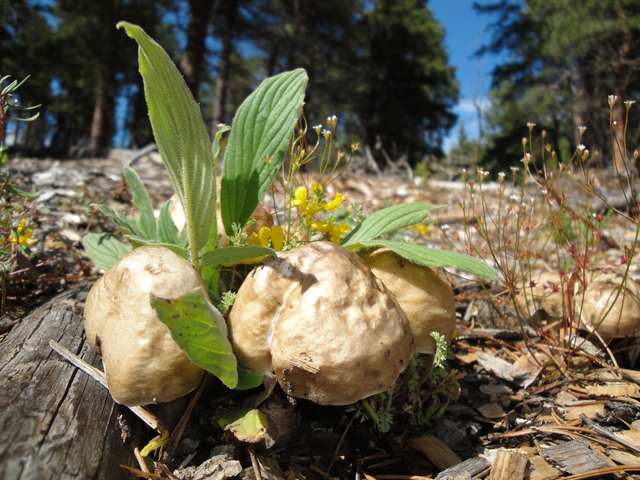 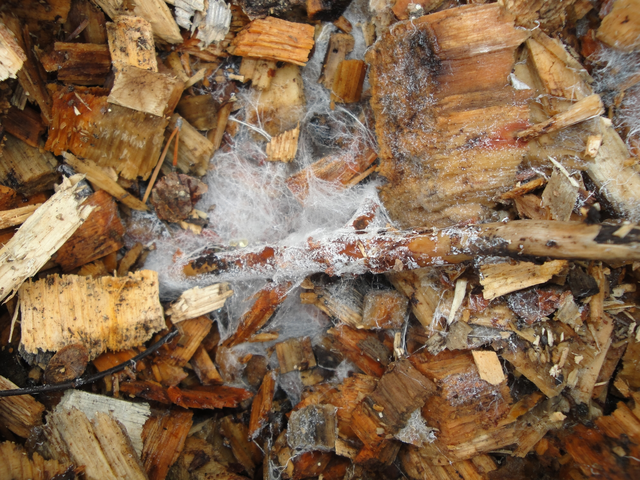 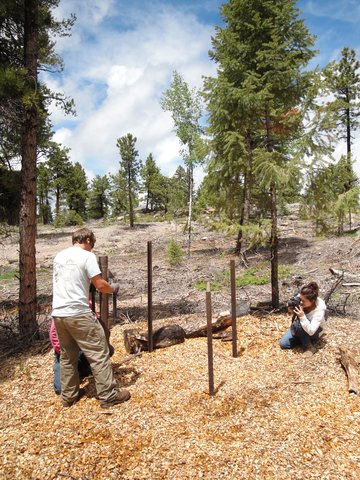 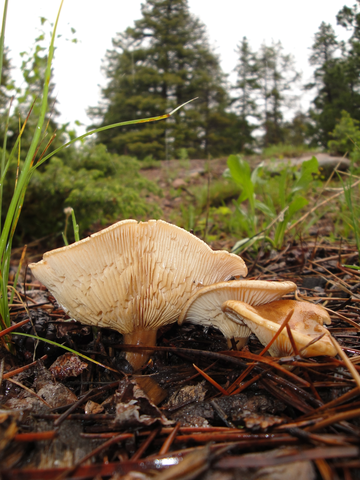 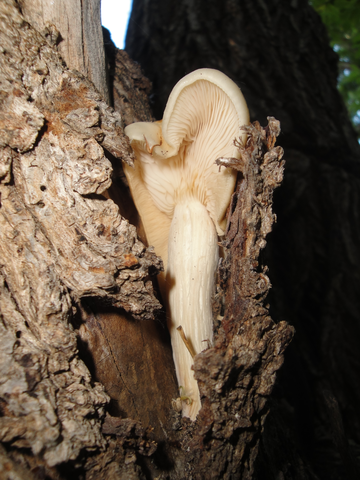 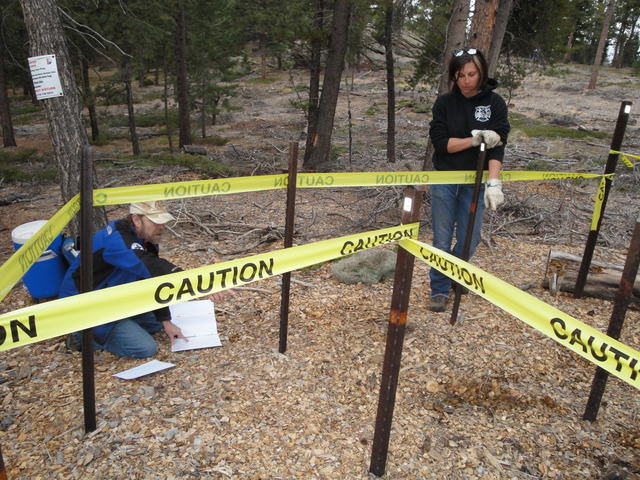 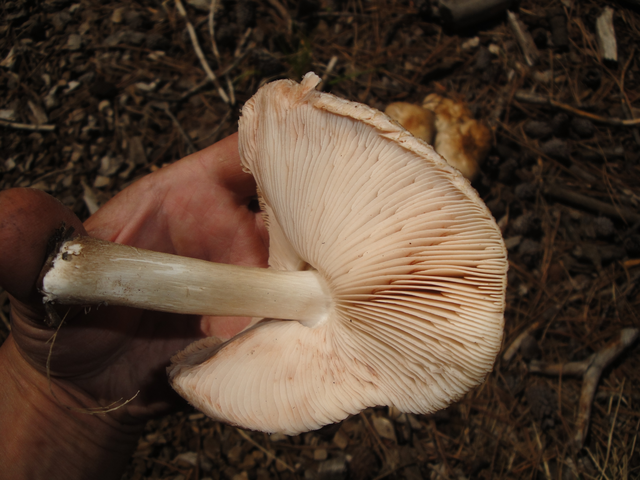 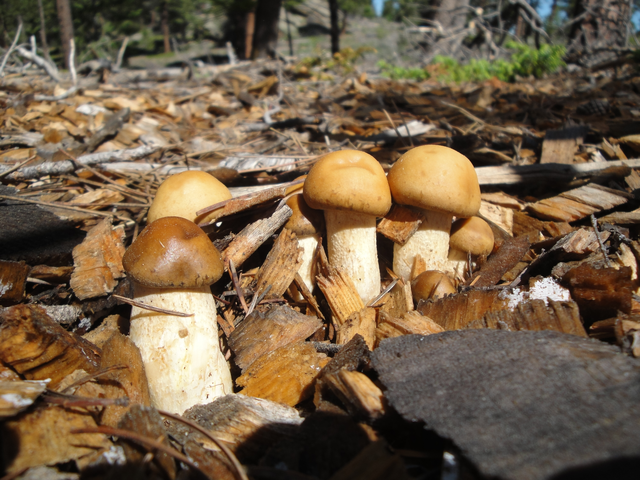 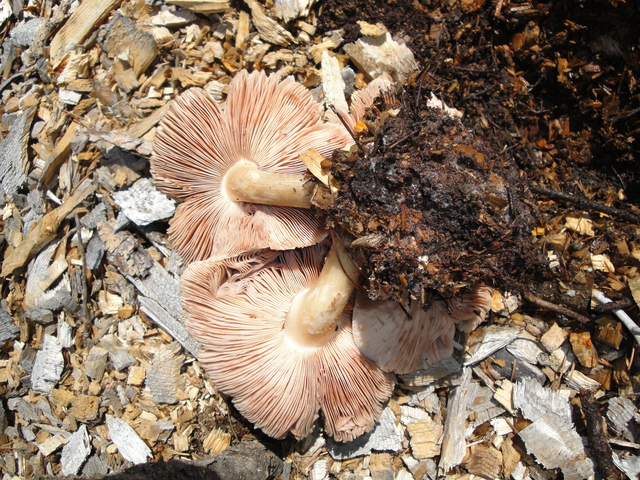 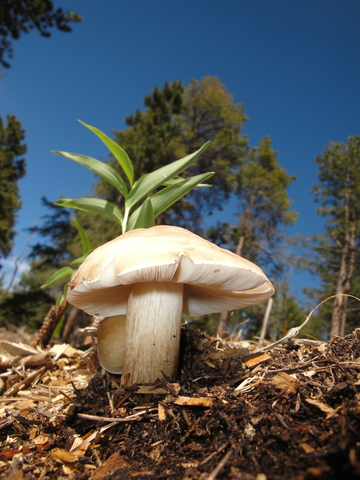 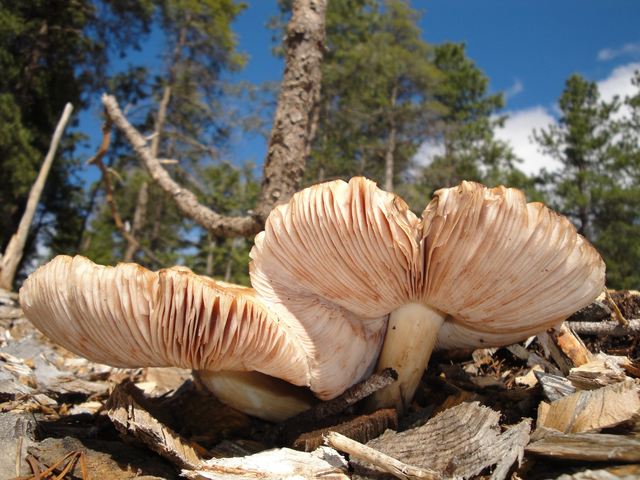 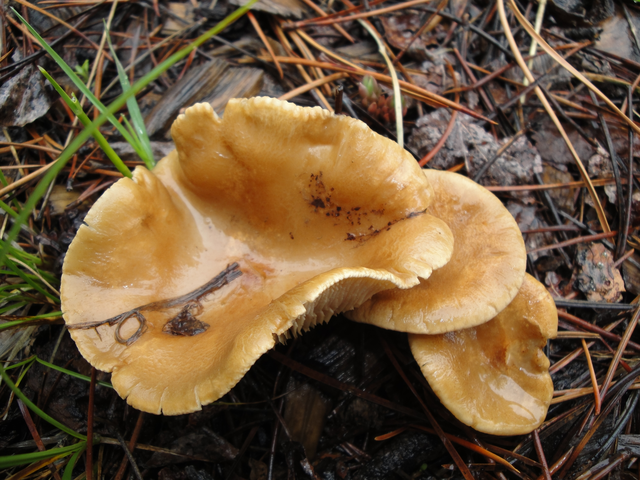 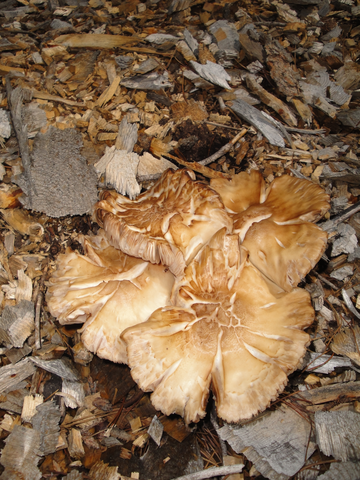 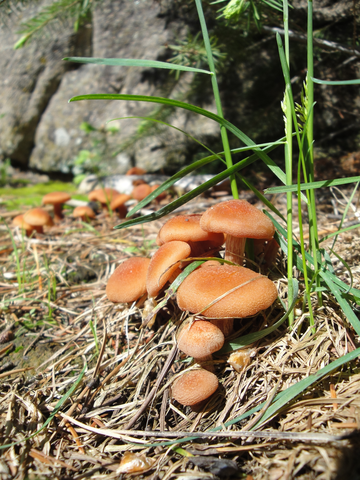 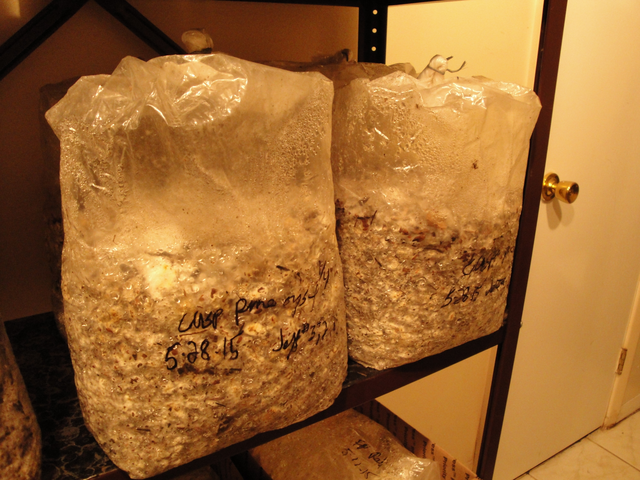 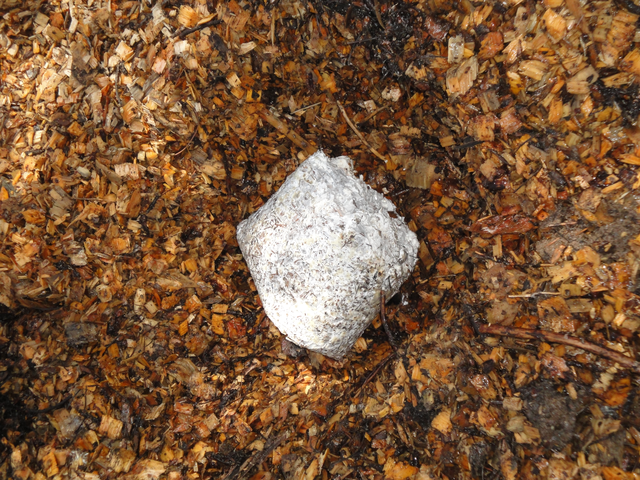 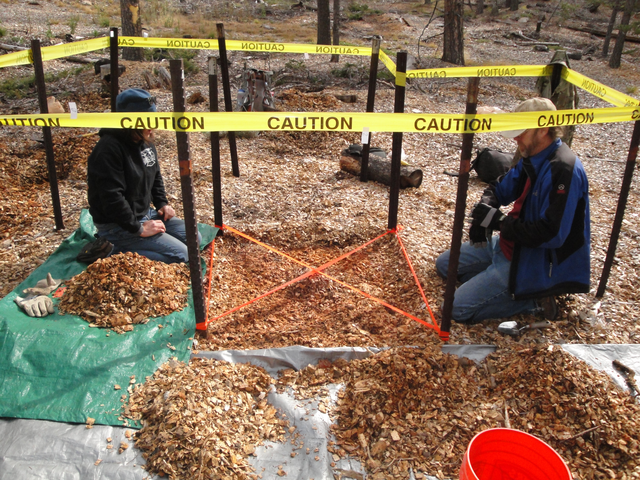 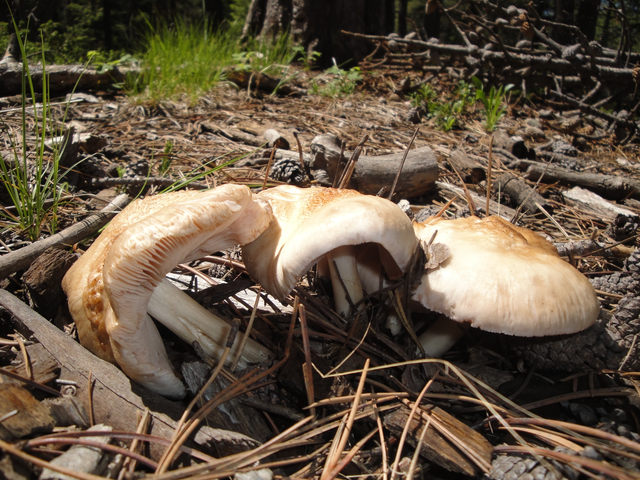 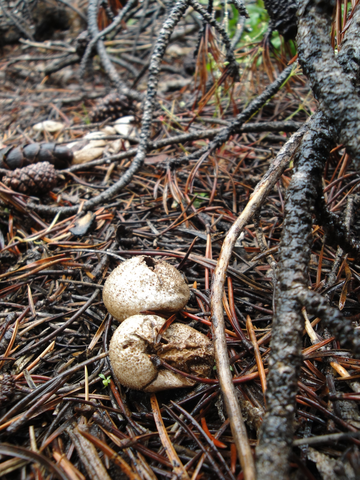 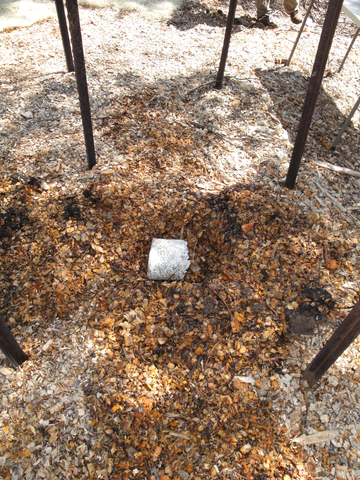